I have just now released version 2.17 of Photonic. The following are covered in this release: Flickr private albums were not showing up in the interactive gallery builder – this should be working now There was an apparent conflict with Divi due to Divi overriding some of WP’s native styles. This was causing the WordPress […]

Happy New Year! On my second day back from my break I have been able to release version 2.17 of Photonic. This version has the following bug fixes: Zenfolio photosets with “smart” names were not being pulled up correctly. E.g. If you had a photoset that had an id such as “birthday”, that wouldn’t show. […]

In the middle of the holidays I managed to quickly code up some improvements to Photonic. This release has the following changes: I added a “filter” capability in the interactive workflow to generate shortcodes. Particularly in cases where you have way too many albums, the filter will let you rapidly narrow your search results. I […]

Wish you all a Merry Christmas and a Happy New Year! I will be taking a break for a couple of weeks, traveling internationally. In the meanwhile I have released version 2.14 of Photonic. Like the previous version this one too has minor fixes: In some scenarios Flickr collections were not showing nested collections. This […]

The last few days have been interesting. Ever since WP 5.0 has released, I have watched, bemusedly, as the ratings for Gutenberg plummeted at unimaginable speeds – before the release of WP 5.0 the plugin had around 960 single-star ratings, but once the new version landed, this number shot up to 1120+. It managed twice […]

If you haven’t heard, WP 5.0 featuring Gutenberg is here. If you haven’t had a chance to form your opinion about it, do ensure that you download a copy of the “Classic Editor” plugin to recover from any shock caused by Gutenberg. Displaying behaviour that has been symptomatic of Gutenberg all along, I will move […]

I have released version 2.11 of Photonic with the following changes: JavaScript Optimization When Photonic started out in September 2011 it only had support for two lightboxes – Colorbox and Fancybox. About a month later I added support for PrettyPhoto, and then for a long period of time I didn’t add anything else. About 4 […]

WordPress 5.0 is on the horizon, and nothing in WP history has faced as much backlash as the inclusion of Gutenberg in WP 5.0 core. While the powers that be in the core development team portray Gutenberg as the light at the end of the tunnel, an overwhelming number of developers and users are of […] 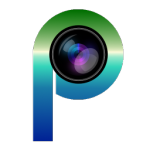 I had to release a quick patch for a minor z-index issue affecting Photonic. The symptoms would only be seen if one were to use the Interactive Workflow for inserting a gallery, where the gallery would suddenly disappear under a translucent overlay. There is no impact to the rest of the plugin due to this […]

I have released version 2.01 of Photonic a few minutes back. Thankfully my tests for version 2.00 paid off and I didn’t receive any overwhelming bug reports. Correspondingly these are the changes for this release: PhotoSwipe Photonic now has support for its twelfth lightbox – PhotoSwipe. This was a long-pending request which I finally was […]